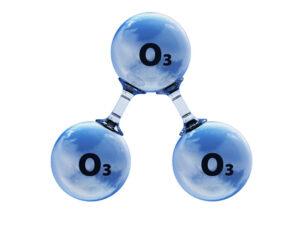 One of the toughest parts of performing a hazardous waste cleanup is getting rid of the foul smells that often accompany them. You can use all kinds of chemicals at the scene and still not eliminate these pungent, potentially toxic odors. Fortunately, ozone machines offer an effective, efficient way to get rid of foul odors once and for all.

Ozone eliminates odors by destroying the molecules and bacteria that cause them.

Rather than masking smells temporarily, ozone is a highly reactive molecule that attacks particles associated with bad smells when it comes in contact with them. Ozone contains an extra oxygen atom that can attach itself to the odor-causing molecules and change their chemical structure, stopping the smells in their tracks.

You will need to work with a company that knows how to use an ozone machine properly to get the most out of it, but in general, an ozone machine is just about the most effective tool you can use to permanently eliminate bad smells. Ozone will penetrate deep down into carpet fibers, cracks in walls and more to seek out the molecules that cause foul odors and neutralize them so that hazardous waste cleanups can continue without a problem.

At Anubis SceneClean, we often utilize ozone machines when performing biohazard cleanups and other tough cleaning jobs. To learn more about the cleaning techniques we use, or to schedule your next cleaning appointment, give us a call or contact us online today!