Understanding the Five Stages of Decomposition 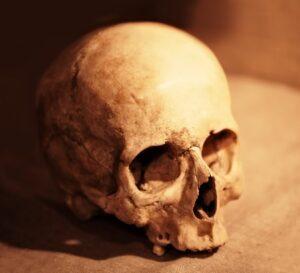 In unattended death cases, biohazard cleanup teams like the one at Anubis SceneClean encounter bodies in various states of decomposition. This process happens gradually—although it can be accelerated by environmental factors—and is typically divided into five stages. You can learn more about each stage of bodily decomposition below.

The “fresh” stage begins immediately after the heart stops beating. The body begins to cool or warm to match the temperature of its ambient environment, and rigor mortis sets in. Outwardly, changes to the body may be fairly minimal, but it will begin to attract flies as chemicals associated with cellular death are released.

In the second phase of decomposition, intestinal bacteria begin to enter the rest of the body, producing gases that cause it to inflate. Strong smells are also associated with this stage, which attract egg-laying flies such as blowflies.

Gas buildup increases pressure within the body, forcing fluids out through the nose and mouth, and causing breaks in the abdominal wall. Maggots (larval flies) are typically present in this environment. The maggots’ feeding and the purging of gas leads to a significant loss of mass at this stage.

At this stage, which is also known as post-decay or dry decay, soft tissues have decomposed, leaving just the hair, bones and cartilage behind as well as wet, sticky material that is the byproduct of decay. Beetles and flies are present to remove the remaining tissues until all that’s left is the bones.

The body at this point is just a skeleton, when all the byproducts of decay have dried up and all remaining tissues have been removed by insects and bacteria

At Anubis SceneClean, we are experienced professionals specializing in biohazard cleanups for crime and death scenes. To learn more about the services we offer or to get your free estimate, feel free to give us a call or contact us online today.